Below is a brief summary of the experiences of Alexis Walker, the Director of Client Relations and Operations for Central Coast Wealth Management.

1992: Born third in a set of triplets in Pasadena, California.

1992–2006: Grew up in Pasadena. Attended Public Schools. Won District-Wide Science Fair in 7th grade. Acted, danced, and sang in over a dozen plays from grades 5–8. 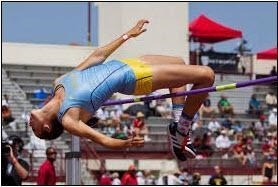 2006–2010: Student at Pasadena High School (PHS). Four-year varsity cheerleader, and captain of the team in senior year. Four-year member of the Varsity Girls' Track Team, captain of the team in junior and senior years. All-Area, All-County, and All-State in the High Jump. Two-time Athlete of the Year for PHS, Pasadena, and San Gabriel Valley. Number two High School High Jumper in the state of California. Founder of Fashion and Photography clubs. Homecoming Queen in senior year.

2010–2015: Attended the University of California, Los Angeles as a student-athlete. Four-year member of UCLA Women’s Track and Field Team. Top ten UCLA all-time marks in the High Jump and Heptathlon while attending UCLA. Recognized as high performing athlete three times. Earned the most points for the team at the PAC 12 Championship in 2013. Recognized as All-American in Heptathlon. UCLA Women’s Track and Field Team Captain 2013-2015. Represented UCLA on Legislative Athletic Council.

Attended Anderson School of Management at UCLA in the summer of 2014 (management of enterprise in media entertainment and sports, focus on broadcasting, TV graphics/communication).

Graduated with a bachelor of arts degree in political science (international relations and correspondence (2015)). Alexis went on to train for the Olympic Trials in the Track and Field event of the High Jump. 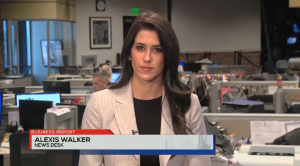 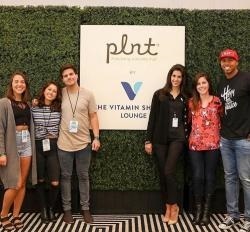 2016–2018: Worked full-time as an employee of Vitamin Shoppe, focusing on sales, marketing, and special events. Ran special events for Vitamin Shoppe and represented the company at nutrition shows, sporting events, races, marathons, and other health- and nutrition-related shows.

Alexis has a passion for fitness, health and wellness, outdoor activities, traveling, and giving back to the community. She looks forward to the next chapter in her life as she leaves Southern California for the Central Coast and wants to embrace the myriad of experiences that await her while living in a new area. She is a born competitor and enjoys the challenges of any sport. Alexis has a strong network of friends from UCLA and intends to stay in close contact with them. Alexis is a part of a loving family that has created a stable foundation, supporting her in her decisions and adventures as she has matured.