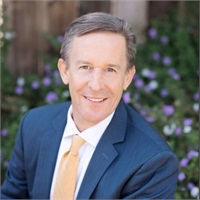 In order to determine if a lifelong, sometimes multi-generational, relationship with a potential financial advisor and their firm is prudent, it helps to know the background of the individuals assisting you with your financial matters. High-net-worth individuals demand “one-stop shopping” where they can trust that their advisor will be experienced and knowledgeable in all aspects of wealth management. We believe few financial advisors have the experience to serve as a client’s personal CFO.

Below is an executive summary of experiences of Kurt Jackson, the founder of Central Coast Wealth Management. 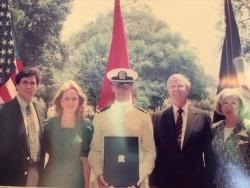 1990–1993 Naval officer on Coronado and San Diego. Machinery Division Officer on the USS Marvin Shields (FF-1066) and Anti-Submarine Warfare Officer on the USS Reasoner (FF-1063). Graduated with an MA in Management from the University of Redlands (while on active duty) in 1993.

January 8, 2008 Understanding that the high-net-worth individual prefers to work with a single primary financial advisor in addition to his or her CPA and attorney, Kurt left UBS to establish Central Coast Wealth Management, LLC, in January 2008—a firm that he plans to be associated with for the rest of his life. 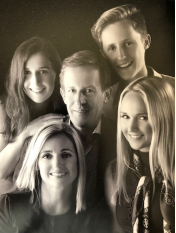 In 2005, Kurt and his family found a home in Arroyo Grande, where they established roots to become permanent members of the Central Coast. He has served as the HOA president of Varian Ranch and on the Board of Directors for the Foundation for the Performing Arts Center (FPAC) in San Luis Obispo. He was featured on the cover of the San Luis Obispo New Times in 2005 for installing a solar system on his current house. He has also been quoted in several industry publications.

Kurt was one of fewer than 40 financial advisors in the nation asked to be a founding lecturer at the Retirement Advisor University at UCLA Anderson School of Management Executive Education in 2010. He attained his CERTIFIED FINANCIAL PLANNERTM certification in 2012 and the Certified 401(k) Professional (C(k)P®) designation in 2013. 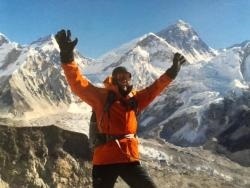 Kurt uses his passion for finding deals to help clients with their investments, retirement planning, and liabilities. Besides traveling, Kurt likes to spend time with his family and appreciate all that the Central Coast has to offer—including the local wines and open spaces.

Kurt Jackson is proud to have been recognized as a President's Club advisor for 2017—a distinction based on annual production attained by 15 percent of advisors affiliated with Commonwealth Financial Network.

Each year, Commonwealth, the Registered Investment Adviser–broker/dealer that helps us process investment transactions on your behalf, recognizes President's Club advisors by inviting them to an exclusive gathering of their peers, leading industry experts, and Commonwealth home office staff. President's Club advisors benefit from an intensive learning and networking experience designed to help them hone their expertise, share best practices, and provide ever-higher levels of service, education, and leadership to their clients.